The countdown continues with numbers 10 through 6 Also, be sure to check out The 20 Most Must-See Movies of the 90s, Part 1 and Part 2 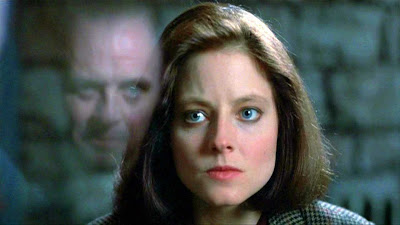 10. The Silence of the Lambs
1991
Directed by Jonathan Demme
Written by Thomas Harris, Ted Tally (Based on the novel by Thomas Harris)
Starring: Jodie Foster, Anthony Hopkins, Scott Glen

A more chilling film, you will not find. A sexually ambiguous serial killer named Buffalo Bob lives in a dank, isolated backwoods home, keeps his female victims in a dungeon, fattens them up, and then skins them so he can wear their flesh as a woman suit... Oh, and this guy's not even the main villain! It's actually Dr. Hannibal Lechter, a brilliant but insane psychiatrist who, when he isn’t murdering and eating the livers of his colleagues, enjoys playing head games with his fellow asylum inmates and coercing them into suicide. Thrust into all of this is Jodie Foster as rookie FBI agent Clarice Starling, working against the clock to track down Buffalo Bob and his latest victim, the daughter of a US Senator, before it’s too late.

Foster and Hopkins give riveting performances as Clarice has to let Lechter inside her head in exchange for his assistance in finding the killer. Taught with suspense and utterly creepy, this film paved the way for a slew of similar psychological thrillers including Final Analysis, Seven, The Bone Collector, Kiss the Girls, and Taking Lives.

Killer Sequence: Lechter breaks Clarice down and forces her to recall haunting childhood memories of what happened on her uncle’s farm.

Despite two unlikely heroes -- quirky Nicholas Cage and a pushing seventy Sean Connery -- this picture serves as the measuring stick for 1990s action movies. Screenwriters Weisberg, Cook and Rosner flipped the tables by having the two protagonists break in to Alcatraz prison to stop a rogue general (Ed Harris) from wiping out San Francisco with a stolen cache of chemical weapons. Since this film’s release, Hollywood has sought to duplicate director Michael Bay’s heart racing “can-you-top-this” action sequences, but the two films that come closest may very well be Bay's own Armageddon and his latest effort, Transformers: Dark of the Moon.

Killer Sequence: General Hummel makes his demands, and sets off nearly two solid hours of edge of your seat action and suspense.

Ed Norton, who holds the edge over Johnny Depp as the best young actor to emerge during the 1990s, gives a commanding performance as Derek, an intelligent, but disillusioned Venice, California youth who rises to a prominent position in a neo-Nazi skinhead organization. After serving time in prison, Derek reforms, but upon his release finds that his younger brother is making the same mistakes he did. The film shifts back and forth in time, showing us how Derek was initially drawn into the group, his rise to power, and his eventual rehabilitation and release from prison. The film offers a frighteningly authentic depiction of exactly how hate groups recruit and convert their members and infuse them with their doctrines of prejudice and intolerance. 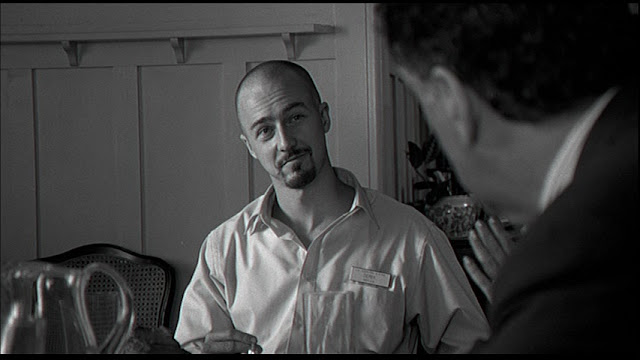 Killer Sequence: A flashback where Derek murders a black car thief, and a family confrontation where he fully reveals his philosophies of white supremacy to his mother and her Jewish boyfriend are both powerfully disturbing. 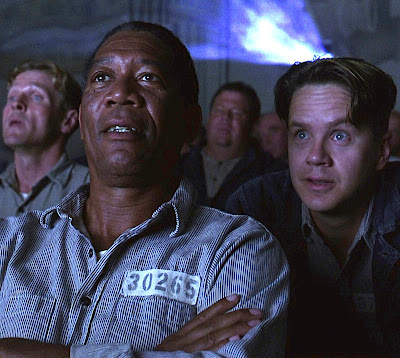 This tremendously moving film, based on one of Stephen King’s lesser known short stories, stars Tim Robbins as Andy Dufresne, justafiably imprisoned for the murder of his adulterous wife, and traces his experiences through the 30 years he spends in a New England prison. Fine supporting performances by Bob Gunton as the prison warden and the always reliable Morgan Freeman as Andy’s best friend Red, help make this film an engrossing testament to the indominitability of the human spirit. Had it not been released the same year as Forrest Gump and Pulp Fiction, this film would have walked away with Best Picture and Best Director Oscars.

Killer Sequence: Andy fulfills the film's credo, "Get busy living, or get busy dying", by carrying out a long-planned, daring and ingenius escape.

The Farrelly Brothers had given us a couple of films that featured good old fashioned, gross-out humor (Dumb and Dumber and the underrated Kingpin) but they scored a box office smash with TSAM, which sprinkled in healthy doses of sentimental romance and hilarious slapstick alongside its’ over-the-top bathroom humor.

Stiller plays straight man through most of the film (whether it’s to Mary’s mentally challenged brother, Warren; Dillon’s sleazy private dick; a homicidal hitchhiker; or Puffy, the border terrier on speed) as he seeks to track down his one and only true love from high school.

Though some found it's scatalogical humor a bit much, TSAM features BIG laughs from start to finish and the film's success kicked off a trend among contemporary American comedies to see how far they could push the raunchiness envelope (see American Pie, The 40 Year Old Virgin, Superbad, Borat, etc.)

Killer Sequence: The “hair gel” scene gave the 90s the same thing the diner scene from When Harry Met Sally gave the 80s -- the single funniest screen moment of the decade.