So Let Me Get This Straight -- You're Complaining About Hot Women in Tight Leather? 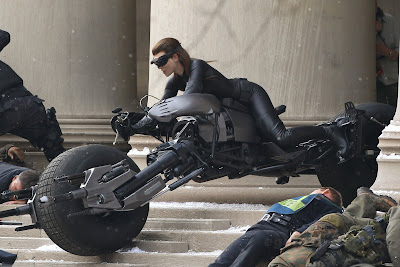 Anne Hathaway plays Catwoman in next summer's The Dark Knight Rises. Hathaway's a fine choice for this role. Dressed down, she has the pasty, plain Jane look of a bookwormish Selina Kyle (Catwoman's alter ego) but Hathaway is also statuesque, and has the long lean figure you picture when you think of the classic feline villainess.

Last week, the first photos of Miss Hathaway on set in her Catwoman costume were released and apparently fanboys and other hardcore "Batman-o-philes" (should we call them "Batties") are up in arms. Judging from their comments, it seems the consensus is that this iteration of the Catwoman costume is too basic and boring and not "gadgety" enough. These very vocal fans (all guys I presume) want something a little more sexed up. Maybe something low-cut, like this version of Catwoman from the Mortal Kombat vs DC Universe video game? 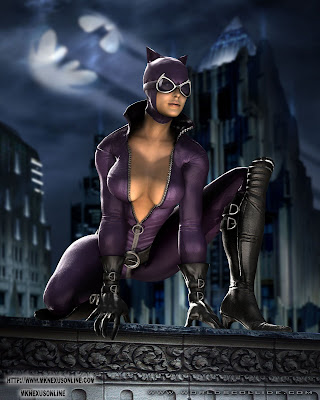 Or maybe they were thinking a kinky two-piece, strappy number with matching whip like Halle Berry wore in the 2004 Catwoman movie? 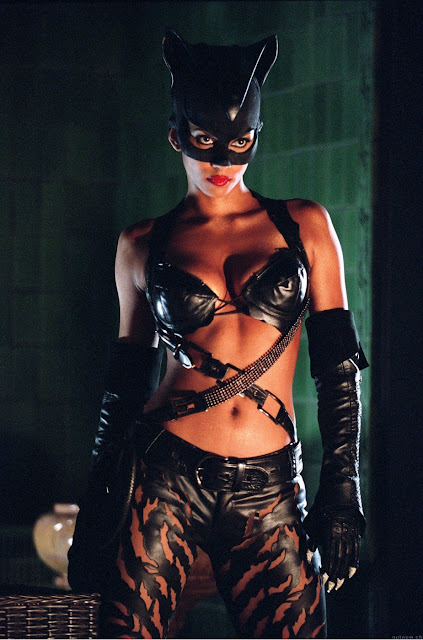 Maybe leather's not the way to go at all. Maybe they prefer the vinyl outfit worn by Michelle Pfeiffer in Batman Returns? 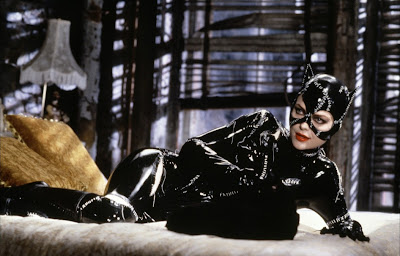 Or maybe go retro and put Hathaway in the original Catwoman costume worn by Julie Newmar opposite Adam West in the Batman TV series? (This shot comes from the Pop Culture Fiend Archives and was taken last month at the Smithsonian Museum of American History in Washington D.C.) 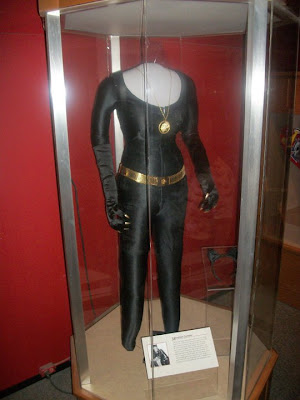 A bit of perspective people. What the heck are you complaining about? Anne Hathaway is hot and her outfit is tight. But if you're looking for something sexier to fantasize to, might I suggest trolling the internet for perverted Batman fan art?

Julie Newmar was the best Catwoman, followed by Michelle Pfeiffer.

They should've got Megan Fox to play Catwoman.