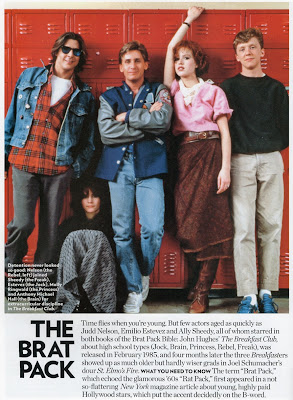 The recent death of director John Hughes got me thinking about his significance and his tremendous contribution to the last two decades of 20th century American cinema.

Hughes' most significant film was certainly The Breakfast Club, which, like Rebel Without a Cause thirty years earlier, gave a voice to the contemporary American teenager and offered both a humorous and sobering exploration of their angst, issues, and culture. The Breakfast Club expertly walked the line between comedy and drama -- something very few films attempt, and even fewer are able to do effectively (see Judd Apatow's latest picture, Funny People.) The Breakfast Club also served as a launching pad for young stars Molly Ringwald, Anthony Michael Hall, Ally Sheedy, Judd Nelson, and Emilio Estevez, and though only mildly successful at the box office when it was released in February of 1985, the film neveretheless marked the start of Hughes (and the rest of Hollywood's) heightened interest in producing teen movies -- ultimately resulting in a sort of "High Renaissance" of the genre. The Breakfast Club became even more iconic a year after its release when it gained wild popularity among teens after it began appearing on cable television. As a result of all this, The Breakfast Club has forever secured a place in pop culture history as THE defining movie for Gen X-ers. (For more on these topics, be sure to read my three part series, The Evolution of the 80s Teen Movie: How Bob Clark, Gen X, and Home Video Changed the Landscape of American Cinema. 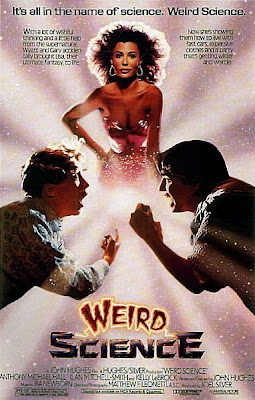 Hughes of course also wrote and/or produced and directed several other terrific 80s teen comedies including Sixteen Candles, Pretty in Pink, Some Kind of Wonderful, Ferris Bueller's Day Off, and Weird Science. The prolific director also gave us Uncle Buck; Planes, Trains and Automobiles; and the underrated She's Having a Baby. In the nineties, Hughes was the writer of the little-known gem Career Opportunities, Disney's 101 Dalmations remake, and the hugely successful Home Alone.

And of course prior to The Breakfast Club, Hughes' big break came as the writer of National Lampoon's Vacation, which earlier this year, celebrated its 26th anniversary. Maxim magazine published an interesting article -- an oral history of this film (one of the best comedies of the 80s) in one of its recent issues. I couldn't find it anywhere online, so I posted it below for your enjoyment (just click the pictures for the larger, readable size pages.)


"Sex, Drugs & Holiday Roads
(The Uncensored Oral History of the Funniest Road Trip Movies Ever Made)" 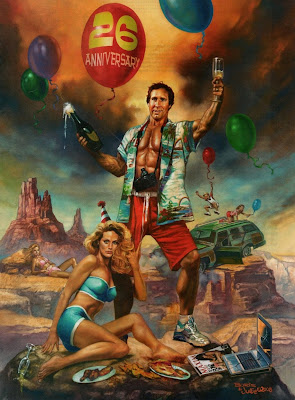 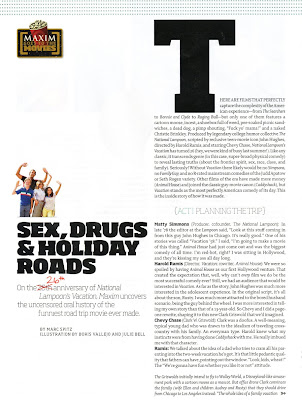 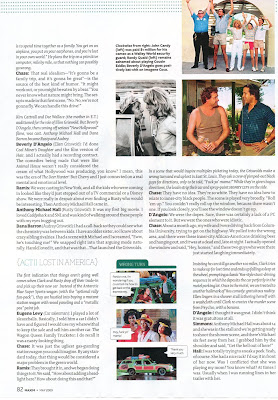 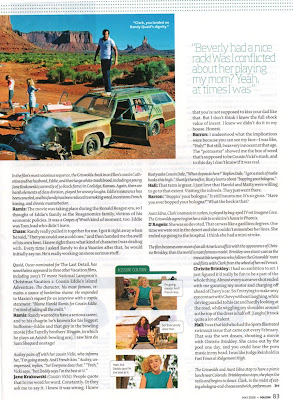 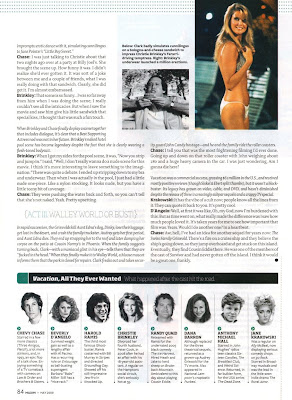 Hughes' deserves a large degree of respect and remembrance for The Breakfast Club by itself. Throw in all the films listed earlier, plus the Vacation and Home Alone sequels, and the fact that Hughes helped assemble movie soundtracks that included some of the most hip, eclectic and evocative music of the 80s (Yello's "Oh Yeah", Simple Minds' "Don't You Forget About Me") and it's no wonder that this filmmaker was, and will remain, one of our most beloved.

UPDATE:
Here's the tribute to John Hughes from the 2010 Oscars